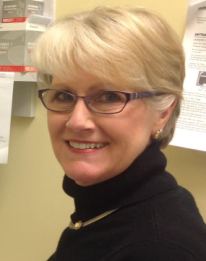 “I’m going to Disney World!” said Dr. Nancy Williams on her final day as dental director for North Georgia Health District 1-2 of the Georgia Department of Public Health. After 37 years practicing dentistry, 32 of which were caring for children's teeth, educating parents and children on the importance of oral health and overseeing dental services for the six-county health district based in Dalton, Williams is retiring and will now focus her time on family, friends and travel.

“It’s such a lifestyle change,” Williams said of her retirement. “But it’s simply time for it.”

The trip to Disney World is a prime example of her change of pace.

“My daughter has a work conference down there and asked me to come,” said Williams, “And, I thought, ‘I can go, I really can go!’”

Originally from Florida, Williams received her dental degree from the University of Michigan. A few harsh winters propelled her back down south to Georgia where she began a private dental practice in Kennesaw.

Although Williams was enjoying dentistry, she disliked the business end of private practice; and, after marrying in 1979 and moving to Dalton in 1980, the daily commute to Kennesaw became grinding. As a result, she eventually gave up her practice but soon had the opportunity to use her much-needed skills one day a week in the dental clinic at the Gilmer County Health Department in Ellijay.

Then in 1983, Williams became dental director for the North Georgia Health District. The district dental clinic was in the old Whitfield County Health Department building and was just a small room with one dental chair that she shared with her hygienist.

“We certainly weren't able to see a whole lot of kids back then,” said Williams. “But when the new health department building was constructed in 1996, we were finally able to expand services. We then had two chairs and were able to see many more patients.” 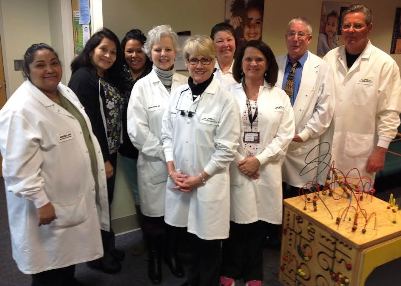 In fact, their patient load grew so substantially that some local dentists and the existing district health director renovated additional health department space for the dental clinic.

“We then went from two dental chairs to four and added two hygiene chairs, as well, which has been wonderful,” said Williams.

Since then, the clinic has acquired advanced dental equipment and added more personnel.

Currently, Dr. Glenn Crooks is the public health dentist for Whitfield County, and the part time dentist in charge of adult dental services is Dr. William Bumgarner. There are now two hygienists, one of whom serves as the district dental health educator, and two clerks.

Moreover, dental services in the district expanded even further under Williams with the acquisition of a state-of-the-art mobile dental van in 2007. The van made it possible for Williams to take convenient dental healthcare to locations where it is needed most, including schools.

“With the dental van at a school, each child spends about 20 to 30 minutes in the chair for dental care, which means they miss so little classroom time,” Williams said. “That’s much better for both children and parents than having to miss school and work, sometimes all day, for dental appointments. So, yes, the mobile unit provided a great opportunity to expand our outreach.” She laughed while adding, "I know way more than I ever wanted to know about RVs and maintenance!"

“Dr. Williams has been a real champion for dental health in our district,” said Bruce Broadrick, Georgia's state representative for District 4 and member of the Whitfield County Board of Health. “Not only has she provided accessible dental care to children, but she’s also emphasized the importance of good dental health practices to people of all ages. The addition of the dental van enhanced her outreach to our communities, and as director of the district’s dental program, she has helped fill the gap in the dental healthcare disparities that exist for many adults.”

Now her attention will center on family.

Williams’ husband, Steve, is an attorney for the McCamy Law Firm in Dalton, and, after 36 years of marriage, the Williamses are proud to have raised three very accomplished children, right here in Whitfield County. All three are University of Georgia graduates.

Daughter, Jessica, their eldest, is an OB-GYN in Macon.

Their older son, Peter, lives in Richmond, Virginia, has a master’s degree in international security and terrorism and has recently been involved in research for political campaigns.

John, their youngest, graduated from the University of Virginia School of Law and is a public defender in New York City.

The Disney World trip is only the first of what promises to be a life of well-deserved joy for Williams, which is just as it should be after so many years spent in making a positive difference in the lives of her patients and for the people of north Georgia.