Health District supports "Getting to Zero" on World AIDS Day 2012 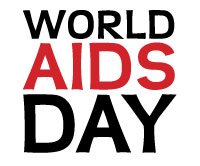 HIV is the human immunodeficiency virus that damages a person's immune system by destroying blood cells that help fight against diseases. Acquired immune deficiency syndrome (AIDS) is the late stage of HIV infection where the immune system is severely damaged, leaving the person susceptible to infections and tumors. HIV is spread by contact with infected bodily fluids such as blood, semen, vaginal fluids and breast milk.

According to the Georgia Department of Public Health HIV/AIDS Statistics and Reports online, Georgia is ranked sixth highest in the nation for its cumulative reported number of AIDS cases through December 2009, and in 2010, the number of persons living with HIV/AIDS in Georgia was over 40,000 (http://health.state.ga.us/epi/hivaids/.)

UNAIDS is a global strategy adopted for years 2011 to 2015 that aims to advance progress in halting and reversing the spread of HIV worldwide by 2015.

For more information about HIV testing and counseling in the North Georgia Health District, log onto the district website at http://nghd.org/District-Programs/hiv-aids-get-tested-know-your-status.html or call (706) 281-2360.

For more information about World AIDS Day 2012 and the UNAIDS strategy, log onto http://www.worldaidscampaign.org/.