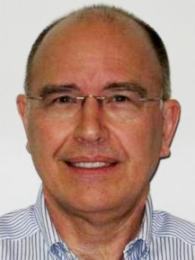 “I am excited about getting to know everyone so we can pursue our public health mission together,” said Kennedy. “I appreciate the warm welcome I have received here.”

Born in Providence, RI and reared in Richmond, VA, Kennedy practiced general surgery in the United States Air Force and, subsequently, in Marietta for 26 years where he also served as the founding board chairman of the Good Samaritan Health Center of Cobb. Presently, in addition to directing the Cobb & Douglas Public Health District, Kennedy serves as an Affiliated Professor in the Office of Applied Public Health at Rollins School of Public Health, part of the Woodruff Health Sciences Center of Emory University.

Kennedy is a graduate of Duke University where he received both his Bachelor of Arts degree in Chemistry and his M.D. degree. He received an M.B.A. from the Michael Coles School of Business at Kennesaw State University. Kennedy completed his surgical internship and surgical residency at Emory University Affiliated Hospitals.

He and his wife, Maurine, have lived in Marietta since 1986 and have two adult children.

The North Georgia Health District, part of the Georgia Department of Public Health, is based in Dalton and includes Cherokee, Fannin, Gilmer, Murray, Pickens and Whitfield Counties. For more information, call (706) 272-2342.