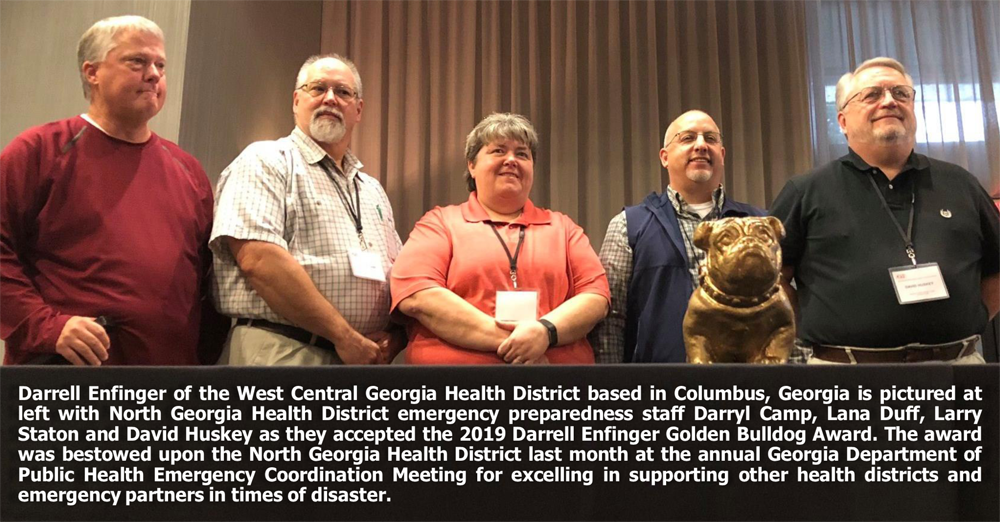 Named after emergency preparedness manager, Darrell Enfinger, who accepted the inaugural Golden Bulldog honor in 2017 on behalf of the West Central Health District based in Columbus, this award recognizes the public health district that excels in supporting other health districts and emergency partners in times of disaster.

Over the years, North Georgia Health District deployed nursing strike teams to shelters and provided emergency preparedness staff and other resources, as needed, in response to disasters in Georgia. 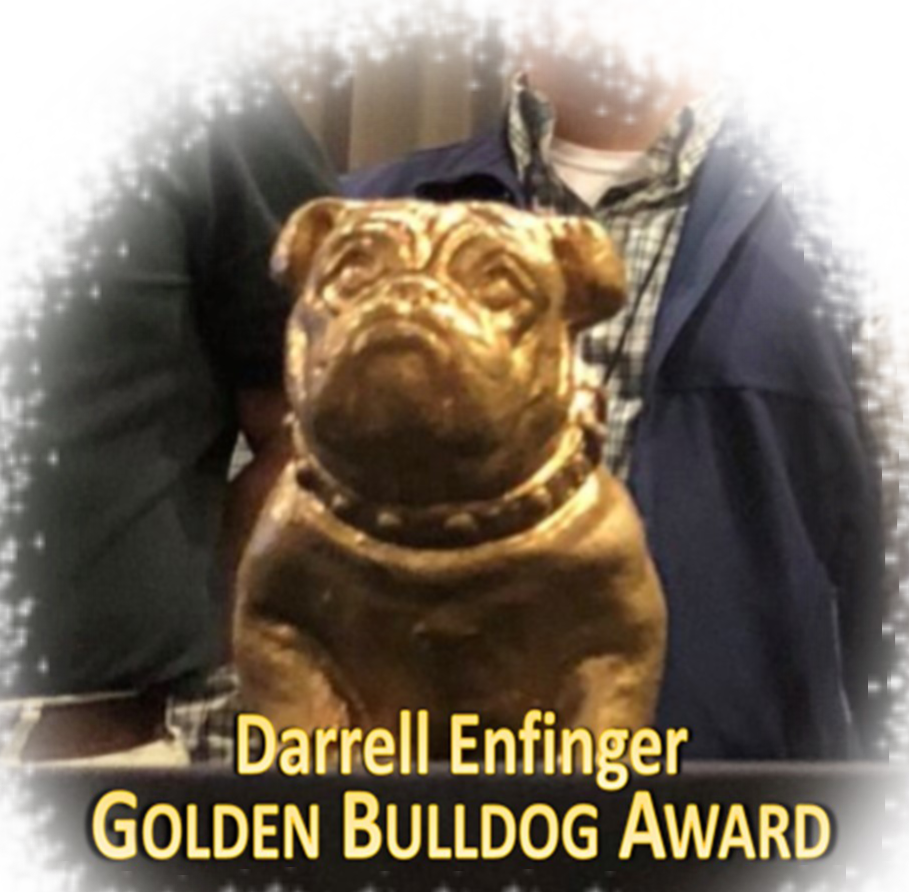 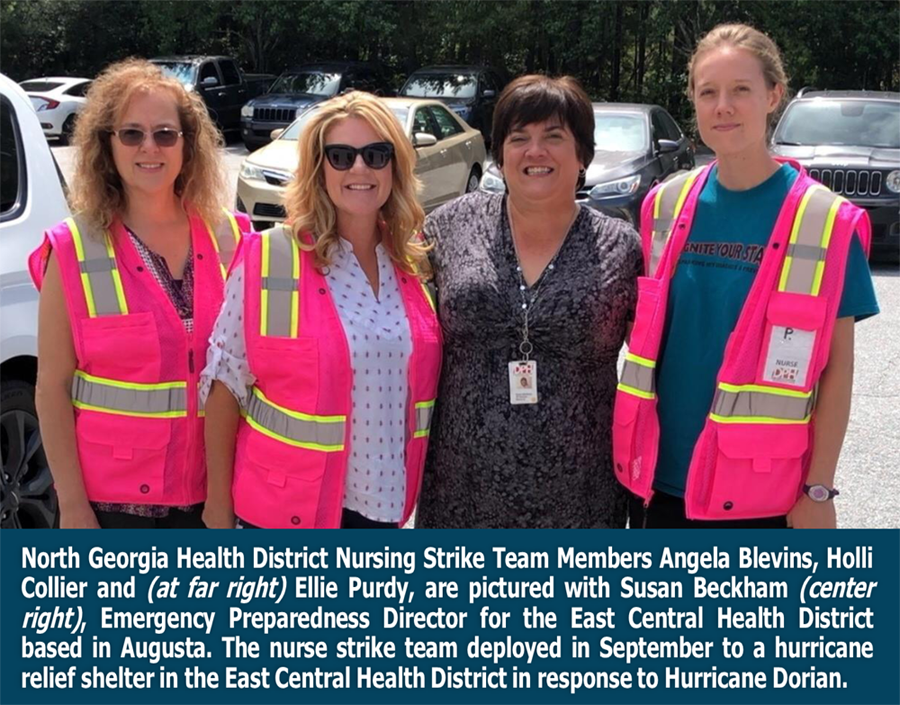 The health district has also provided cots, trailers and other items that were needed to supply emergency shelters throughout the state.

The North Georgia Health District is proud to be the recipient of the 2019 Darrell Enfinger Golden Bulldog Award and of the dedicated public health employees who made it possible.

For more information about how the North Georgia Health District responds to disaster and assists in preparing individuals, families and our communities for emergencies, log onto nghd.org/district-programs/ep.