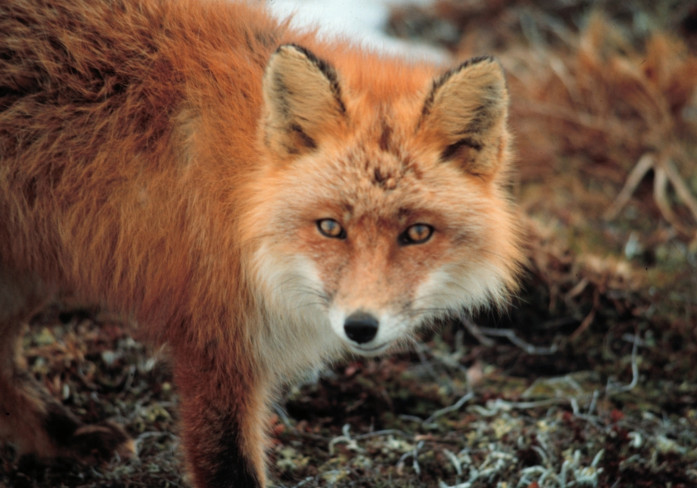 Red fox image courtesy of: U.S. Fish & Wildlife ServiceFannin County Environmental Health officials announced today that a fox which attacked a Morganton woman on May 4 has tested positive for rabies.

Environmental Health Specialist Shannon Bradburn reported that the fox attacked the woman last Friday morning as she walked her dog on Dennis Drive.

"She was suddenly hit from behind by the fox, which bit her leg before running away," said Bradburn.

The victim went to Fannin Regional Hospital where her wound was treated and she was administered the first of a series of post rabies exposure shots that she will receive during a two-week period.

Later that same morning, the victim's mother was terrorized by an aggressive fox. The mother shot and killed the animal and then reported the incident to Animal Control. On Monday, May 7, the hospital notified the Fannin County Environmental Health office of the possible rabies exposure to the woman who had been bitten.

"Our office acquired the head of the fox from a local veterinarian and had it processed for shipping to the Georgia Public Health Laboratory," stated Bradburn. "We were notified late in the day on Monday, May 8 that the fox had tested positive for rabies. We informed the victim, as well as the personnel who had facilitated the shipping process, of the test result."

Health officials advise residents that if they are bitten by a potentially rabid animal, thoroughly wash the wound with soap and water, rinse for several minutes, and seek immediate medical attention. If a pet is bitten, seek veterinary assistance for the animal right away. The health care provider and/or the veterinarian will need to report exposure to local environmental health officials who will use the following criteria to assess the risk of rabies exposure:
Individuals can help prevent the spread of rabies by making sure pets are current on their vaccinations. To prevent rabies exposure, avoid contact with all unfamiliar animals, both domestic and wild.

For more information about rabies and rabies exposure prevention, please contact the Fannin County Environmental Health office at (706) 632-3024, or log onto the Centers for Disease Control and Prevention (CDC) website at www.cdc.gov.